I know this post is a few days late, but I really wanted to think about how my year went, what I’ve accomplished, and what my goals are for 2018. As I’m writing this I have a huge announcement on my mind, so stay tuned and check out the bottom of this post for details!

In January…… I recovered from getting mono at school (which was incredibly terrible) and then went back to school later on, which prompted 0 quality pictures from this month.

In February…… I found out I was going to be an Orientation Leader and I had an amazing weekend away from campus getting to know the group! If I only knew what fun was going to hit me later on… 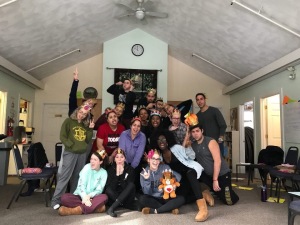 In March…… I went on the Spring Break trip for rowing to Sarasota, Florida.  And boy, it was so cold. I had not packed one pair of pants, and that was a MISTAKE. The one day it was tolerable we took some cute pictures on the beach. 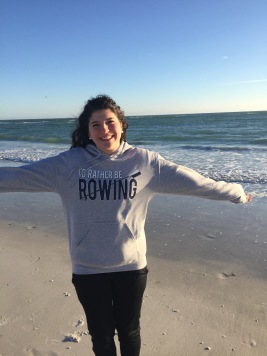 In April…… My family came for family dinner to celebrate Easter in Smithfield, where I go to school!

In May…… I had another regatta in Worcester and my family came! I believe that this race was the NERC- North Eastern Regional Championship races! I also went to Philly for Dad Vails for rowing, which is a really prestigious race! I didn’t race here, but I did cheer on my team!

In July…… I visited Cape Cod for the first time with my boyfriend Connor! Cape Cod was incredible and I had a such a great time. When I got home I also started new job in the Office of Conferences and Special Events.

In August…… I stayed in Boston for the night and had some incredible cannolis.  I also went to a sunflower maze with my friends and had my first session of Residential Life training.

In September…… We had move in day for the freshmen, which meant a lot of talking to parents, and getting to know my residents (who are amazing!) Classes began a few days later and Connor and I went to my first Boston Red Sox game! 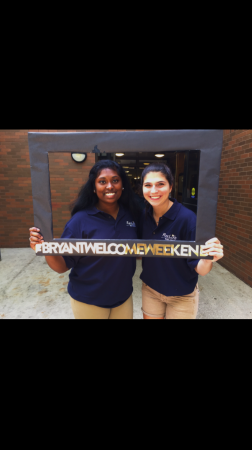 In October…… I had a family wedding, had another regatta, and had a chance to hold a Super Bowl Championship ring. 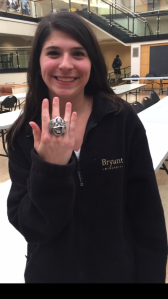 In November…… I attended my first Res Life conference at Providence College and learned so many different tips for helping my residents, which I’m hopefully implementing next semester.  I also wore  A LOT of business attire this month. 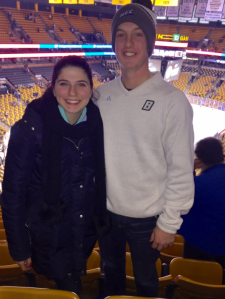 In December… I went to my first Boston Bruins game and finished up my semester!

That’s my year in review! I hope you enjoyed or at least found this a little interesting. I love traveling and in 2016 I felt like I was always going somewhere or doing something. This trend is continuing because I’m leaving for Argentina and Chile tomorrow! I want to do a few posts on my trip either when I’m gone or when I get back, but I’m going with my college on a short two week trip focusing on business practices and culture!

I can’t wait for my trip, and I hope that you’ll follow my updates here and on my Instagram while I’m gone. Adios America!

This site uses Akismet to reduce spam. Learn how your comment data is processed.

Welcome to Along With Aloha! Thanks for following along with Angie's rambling thoughts on fashion, beauty, and college!